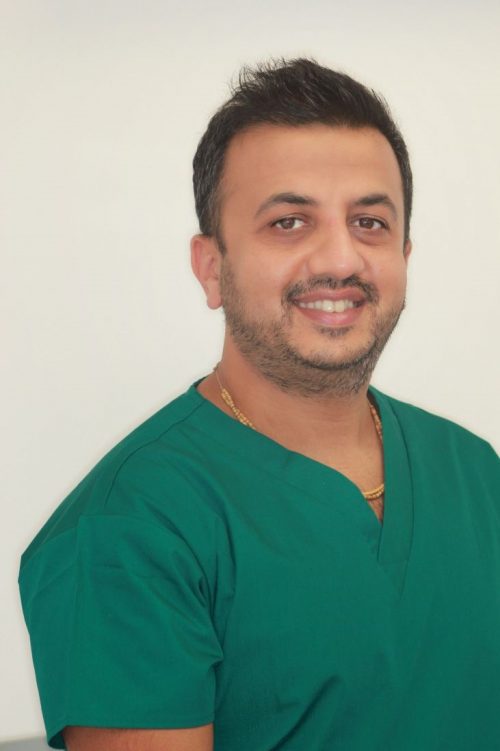 Jiten graduated in 2002. As a result of his outstanding performance during his undergraduate training, he was offered one of only three places on the full-time residency in Oral & Maxillofacial Surgery which he successfully completed and received his postgraduate MDS from the University of Gujarat in 2004.

Jiten came to the UK in 2005 and completed his conversion exams while working at the Royal Salford Hospital in Manchester. Jiten joined Smiledent in 2006 and is loved by his patients for his empathetic and personal approach. He believes in treating patients as individuals and not just treating teeth.

Jiten enjoys giving back to his profession and to this end, sits on the Local Dental Committee. He has held a clinical tutorship in Oral Surgery at the prestigious Kings College Dental Institute and also been an Educational Supervisor for the London Deanery for the period 2011-2016. Jiten has an interest in advanced restorative treatments using dental implants and using the latest technology in digital dentistry such as 3D printing and CAD CAM milling.

Jiten believes his patients deserve the best and continues to strive to provide the best level of care. Jiten has a keen interest in continual professional development and continues to attend various courses and conferences around the world. To further his interest and passion in Implant dentistry, in 2013 Jiten commenced the Diploma in Implant Dentistry at the Royal College of Surgeons of England. This diploma is considered the gold standard in Dental implant training and is one of the few dentists to be awarded the Advanced Certificate on successful completion of the Diploma.

In his spare time, he enjoys running, cycling, squash and spending time with his family. He hopes to improve his swimming so he can compete in triathlons soon. He is an avid cricket fan as well.